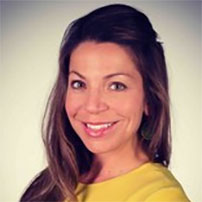 Tiffany Drake is the Executive Director of the Global Girls Alliance, former First Lady Michelle Obama’s program to support global adolescent girls’ education around the world. The program’s mission is to engage stakeholders globally to take action to support the more than 98 million adolescent girls who are not in school and the grassroots leaders working to educate them. Previously, Tiffany served as a Senior Advisor to the First Lady in the White House, leading public awareness and engagement for the Let Girls Learn initiative. Tiffany also spearheaded activations including the film We Will Rise, featuring Meryl Streep, which premiered in 180 countries around the world and was the most successful film on the network to-date.

Prior to this role, Tiffany led public affairs initiatives for the U.S. Agency for International Development (USAID), where she led campaigns for maternal and child health, the launch of the Global Development Lab with Secretary Hillary Clinton and served as the public affairs lead for the Ebola crisis. Tiffany has more than 18 years of experience in the private, public, and nonprofit sectors including leading brand, public engagement, and communications initiatives such as The Boeing Company. She began her career in entertainment publicity in Los Angeles.

Tiffany was educated at the Kellogg School of Management at Northwestern University (MBA), and at Michigan State University and the University of California at Los Angeles (BA). She currently resides in Washington, D.C. with her husband and their two toddlers, Kaia and Paxton.